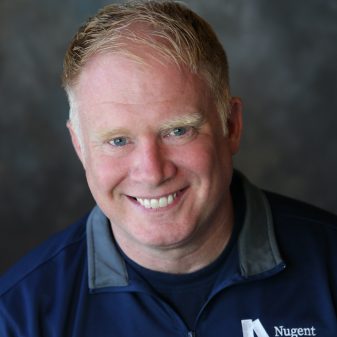 Matt has served as President of Nugent Builders since 2012. Dedicating his entire career to the construction industry – Matt’s first position with the company began in 1990. Starting out as a carpenter, he spent five years gaining first hand knowledge of rough and trim carpentry. It was during this time that Matt learned the expectations of a job well done. It included always striving to ensure 100% customer satisfaction, a diligent work ethic and believing in the power of teamwork. From 1995-2004 he held the position of job-site foreman. During these nine years he managed job-site operations for both residential and commercial projects where he influenced and motivated co-workers through solid leadership. After 14 years in the field Matt was ready to begin overseeing field operations and directing all phases of construction, in 2004 he transferred into the office and assumed the role of project manager. During his career he has successfully completed hundreds of remodeling and new construction projects. He is committed to the same values that have made Nugent Builders a leader in the industry. In his role as President, he looks forward to managing a dynamic team of the industry’s best employees, overseeing the daily operations of the business, continuing to build relationships with clients, suppliers and subcontractors, and ensuring that Nugent Builders remains a strong and successful company into the future. Matt is an avid outdoorsman enjoying time spent hunting & fishing, traveling & sharing time with his wife and their two children.